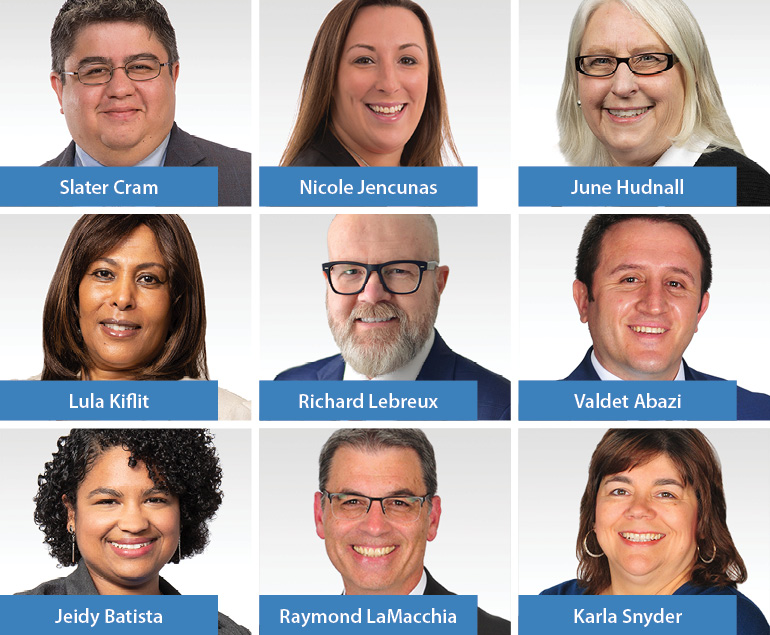 At The Village Bank’s annual meeting held in May, president and CEO Joseph De Vito announced the following officer promotions:

Nicole Jencunas was promoted to vice president/core systems manager. Jencunas joined the Bank in March 2009 as a teller supervisor in Newtonville. She completed the Bank’s Management Training Program in 2010 and received several promotions, including to assistant treasurer/business process analyst in 2014. She became assistant vice president/core systems manager in June 2020. Jencunas is a graduate of Arizona State University and has an MBA from the New England College of Business.

June Hudnall was promoted to assistant vice president/mortgage loan officer. Hudnall joined the Bank in June 2016 as a mortgage lending specialist. In September 2020, she was promoted to assistant treasurer/mortgage lending specialist. She previously held the positions of assistant store manager and financial services representative at TD Bank at various locations. She is a graduate of Framingham State University and has taken MBA courses in management at Clark University.

Richard Lebreux was promoted to assistant vice president/credit operations manager. Lebreux joined the Bank in August 2008 as a teller in Nonantum. He held several retail positions until January 2013 when he was selected as a candidate for the Credit Analyst Trainee position. He moved up the ranks in the credit department and in July 2018 was promoted to credit operations manager, then to assistant treasurer in 2020. He has degrees from Nipissing University in Ontario and the University of Manitoba.

Valdet Abazi was promoted to assistant treasurer/branch manager. Abazi joined the Bank in March 2021 as branch manager in Newton Centre. Previously he worked at People’s United Bank and was an assistant branch manager at East Boston Savings Bank. He holds a degree in economics from the University of Pristina in Kosovo.