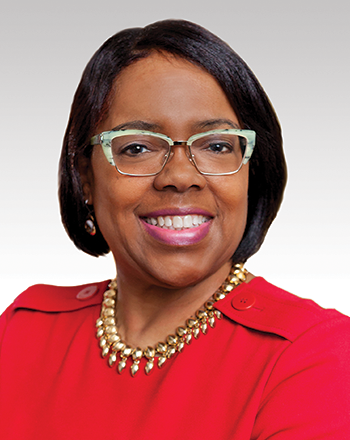 The Village Bank Chairman Kenneth C. Brennan has announced the election of Donna Latson Gittens, MBA, of Dorchester to the Board of Directors.

“We are extremely excited to have someone of Donna’s experience, knowledge, and community commitment join the Board of Directors,” Brennan said. “We welcome her aboard and look forward to her contributions to the continued success of our organization.”

Gittens is the founder and chief executive officer of MORE Advertising in Watertown, a women-founded and women-led firm focused on mission-based and cause-related marketing. Before founding MORE in 1997, she worked at WCVB-TV in Needham, where she held positions of vice president and director of community relations.

Gittens is a graduate of Cathedral High School and Park University in Kansas City. She did her graduate work at Northeastern University, where she received an MBA. She has earned numerous awards and achievements throughout her career, including the first annual Most Valuable Diverse Partner award from the Boston Red Sox and Major League Baseball and the Pinnacle Award for Entrepreneurship from the Greater Boston Chamber of Commerce. She holds an honorary degree from Elms College.

Gittens is a frequent guest speaker at symposia, meetings and conferences on topics ranging from entrepreneurship to health communications and community issues. She is on the executive committee for the Associated Industries of Massachusetts and is a member of the Massachusetts Marketing Partnership and Massachusetts Women’s Forum.

“It is an honor to add Donna Gittens to our talented group of directors,” Village Bank president and CEO Joseph A. De Vito said. “Her experience and dedication to the community make her a perfect fit for the Bank and its mission.”