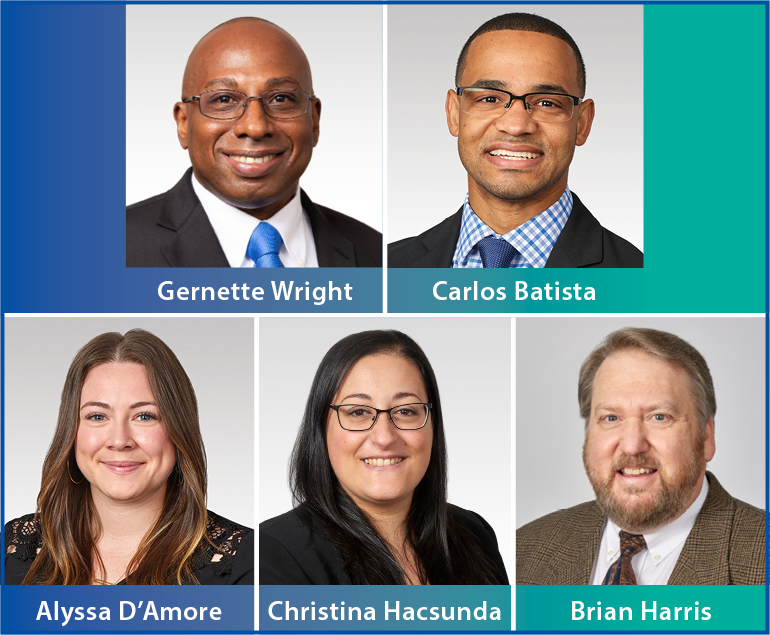 Gernette Wright was promoted to vice president. Wright joined The Village Bank in March 2020 as assistant vice president/information security officer. He previously was the information systems and technology manager for Dentsply Sirona in Waltham and the senior manager/IT infrastructure and security operations for CIRCOR International in Burlington. Gernette holds a degree in computer science and information systems from Stockton University in Galloway Township, N.J. He also holds a graduate certificate in cybersecurity from the Van Loan School-Endicott College, as well as an executive certificate in management and leadership from the MIT Sloan School of Management.

Carlos Batista was promoted to assistant treasurer. He joined The Village Bank in April 2008 as a teller at the Waban branch. In July 2012, he was chosen to enter the Bank’s management training program. Upon completion, he was promoted to credit analyst. Batista was promoted to senior credit analyst and then to commercial loan portfolio manager in July 2018. He holds a degree in management from UMass-Boston as well as a certificate in commercial lending from the Center for Financial Training. He also is a graduate of the New England School of Financial Studies.

Richard Halstead was promoted to assistant treasurer. Halstead joined The Village Bank in August 2008 as network administrator. He previously worked as a senior network administrator for Grafton Suburban Credit Union in North Grafton and as a senior server engineer for Shareholders.com in Maynard. Richard holds a natural sciences degree from Harvard Extension School and is a Microsoft certified systems engineer.

Brian Harris was promoted to assistant treasurer. Harris joined The Village Bank in January 2016 as an information security administrator. In August 2020, he was promoted to Information Technology (IT) risk manager. He previously was an IT consultant for Fincorp Inc. in Northborough. He also held the positions of IT senior software analyst at Intel Massachusetts and information systems principal specialist and consultant for Digital Equipment Corp. in Hudson. Harris holds a degree in physics from Bates College in Lewiston Maine.